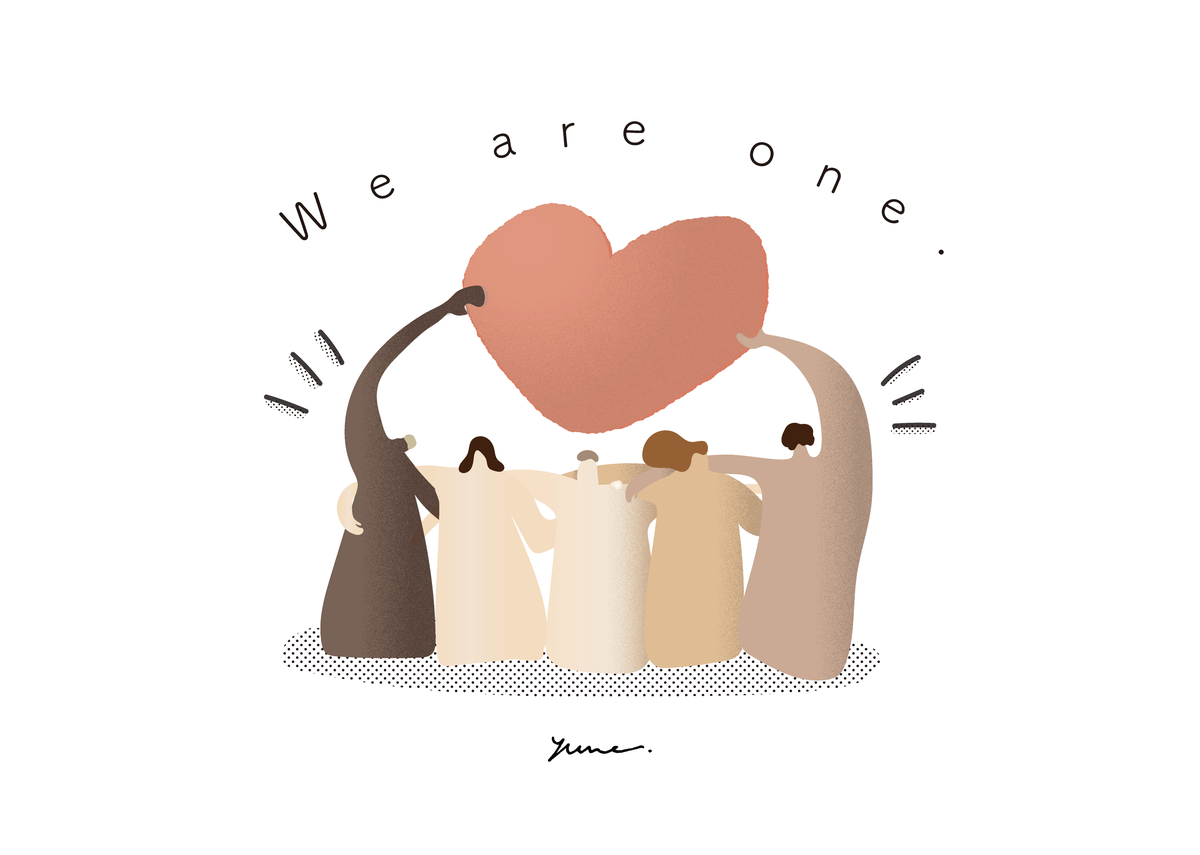 This month, I will be attending the Handmade Marche in Yokohama, so I’ve been busy preparing for it every single day. Having been preparing some products of my artwork, I often thought of the meaning of making a product out of my works as it seemed capitalistic and fresh at the same time.. which doesn’t really make sense? Lol

Well, in today’s blog, I would like to write about the “racism and conflict I felt” while studying abroad in the U.S. It’s very personal, but I hope you can find something in common with what I felt.

During studying abroad in the U.S, I faced many kinds of conflict. Ones related to like my personality problems, human relationship, and so on...

However, there is one conflict I felt so much difficulty in, which was “discrimination”.

I could handle other conflicts and try to overcome them, but “discrimination” was not.

I felt there were few kinds of “discrimination”. Such as “race”, “gender”, “age”, “body shape”, “status”, and “culture”. They were all common topics you would face in a foreign country.

But, most of all, discrimination in “race” and “culture” stag my heart because those are the ones I couldn’t change even if I wanted to.

Nationality, race, culture, and habits are ones you have been grown up within your own country.

“Asian seems all the same.”

“What’s the difference between China and Japan?”

“Asians are small and you guys look like a hobbit.”

I had been given such words and been insulted while studying abroad.

I felt there was an invisible level of the race while living in a high school world. It was like “White>Black>Asian”, even though it shouldn’t exist.

It was invisible, but it remained in my heart.

I was so disappointed in myself because I couldn’t do anything about it, and I was very hopeless.

I guess I will be living with these conflicts as long as I live in a foreign country where society is already established and difficult to accept diversity.

I can’t change who I am and where I’m from. I shouldn’t change for someone because they told me to change. It’s my right to be Japanese and I should be proud of it.

I guess all the races should be proud of who they are, and no one should look down on them. No one should disgrace them just for being different.

I guess accepting those differences is to adopt diversity.

It also connects to being kind to others.

I struggled to live with people in the U.S in terms of disagreement and not being able to understand each other.

However, insulting them is never forgiven.

Contempt is a cruel way to hurt people’s existence, and it’s crueler than you expect.

Because they are a different race than you are, because you can’t understand them, it will never be a reason to insult them.

By experiencing the conflict of racism in the U.S, I decided not to be like those people who were racist, and try to be kind by accepting diversity when communicating with people around the world.

Ok, that’s it for today.

In the next blog, I will write about some of my experiences after I went back to Japan from studying abroad.